Fermented Barrels - why does it happen? Niagara Falls and Barrels | Victory Wine

If you have ever lived in Ontario, you are likely familiar with Niagara Falls. If you were paying close attention, there have been people (crazy in the most fun and insane kind of way) that have attempted (some successfully and some to their ultimate demise) of "clearing" the Falls in a "barrel".

LIFESTYLES OF THE POTENTIALLY RICH AND FAMOUS

The strange custom of going down Niagara Falls in a barrel began with a musica and dance teacher named Annie Edson Taylor. But why? All about the paper!

Hoping the stunt would make her rich and famous, she had a customized unit made which included safety straps and a breathing tube. On October 24, 1901—her 63rd birthday—her preparation paid off when she survived her trip, only to wait 20 gut-wrenching minutes for a rescue boat to nab the contraption. Unfortunately, she achieved neither fame nor fortune and died penniless in 1921. 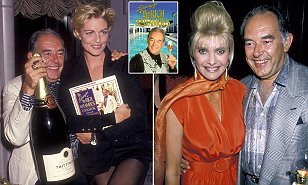 (Yes, that is Robin Leach. He sadly passed recently. What a voice and what a show he had back in the day.)

GIVE ME LESS - A CRUSADE FOR SUBSTANCE ABUSE

Easier ways to educate! There are easier ways to denounce substance abuse than climbing into a 3000-pound steel barrel and dropping down a waterfall. This noble plan belonged to  Peter DeBernardi and Jeffrey Petkovich, who became the first duo to take the Niagara plunge in 1989.

Sitting sideways! Inscribed on the side of their bright yellow cylinder was the helpful slogan “Don’t Put Yourself on the Edge—Drugs Will Kill You!” Well, yes and they survived!

DeBernardi and Petkovich became the first two persons in a barrel to go over the Falls and the eleventh and twelfth persons to take the plunge. BACK TO THE WINE and FERMENTED BARRELS

Sure thing. Wines that were vinified in barrel instead of vats or tanks.

What kind of wines?

Fancy term for it?

This is known as micro-vinification.

Bringing the beauty of the Falls and oak barrels together as one. Stay in one piece!

Check out these wines that have been aged in oak barrels! Sip slowly and enjoy. One barrel at a time if you will! Hope you enjoyed!